Three Alachua County Public School students have been named finalists in the annual Coca-Cola Scholars Program, which awards scholarships to high school seniors based on their academic success, leadership and service to their schools and communities. The students are now in the running to become Coca-Cola Scholars, who are each awarded $20,000 college scholarships.

According to College Advisor.com, the Coca-Cola scholarship “is one of the more prestigious scholarships for high school students and has a rigorous admission process.”

More than 91,000 students nationwide applied for the program. Isebelle Tseng and Sophia Vernon of Buchholz High School and Akash Verma of Eastside High School are among just 1557 chosen from among the applicants as semifinalists.

To become semifinalists, students must complete a rigorous application process outlining awards and honors they’ve received, participation in club and organizations, volunteer activities and any paid work experiences or internships. The program is focused on recognizing students’ initiative and leadership in school and community service.

Tseng, Vernon and Verma are now eligible to become regional finalists in the program. They will be submitting essays on their interests and activities as well as testimonials from others. Each of the 250 regional finalists will be interviewed by a panel before the 150 Coca-Cola Scholars are chosen. The names of the Scholars will be announced in March of 2023. 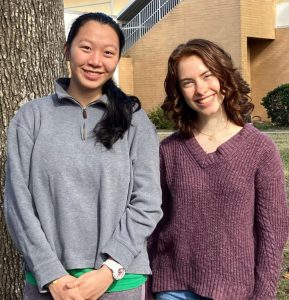 Besides the scholarship, Coca-Cola Scholars also participate in a Leadership Development Institute in Atlanta to develop their leadership skills and work on a group community service project.

“This is an amazing accomplishment,” said Superintendent Shane Andrew. “Not only have these students demonstrated their academic ability, but they’ve also shown a commitment to serving others in their schools and throughout the community.”