Chris Doering Mortgage has teamed up with the Football Writers Association of America (FWAA) for the sponsorship of its 2021 Freshman All-America Team including establishing Doering’s former coach, Steve Spurrier, as the namesake of the FWAA First-Year Coach Award. This will be the 21st straight season in which the FWAA has named a Freshman All-America Team and the 20th consecutive year for the First-Year Coach, although the first time with a namesake for the award. 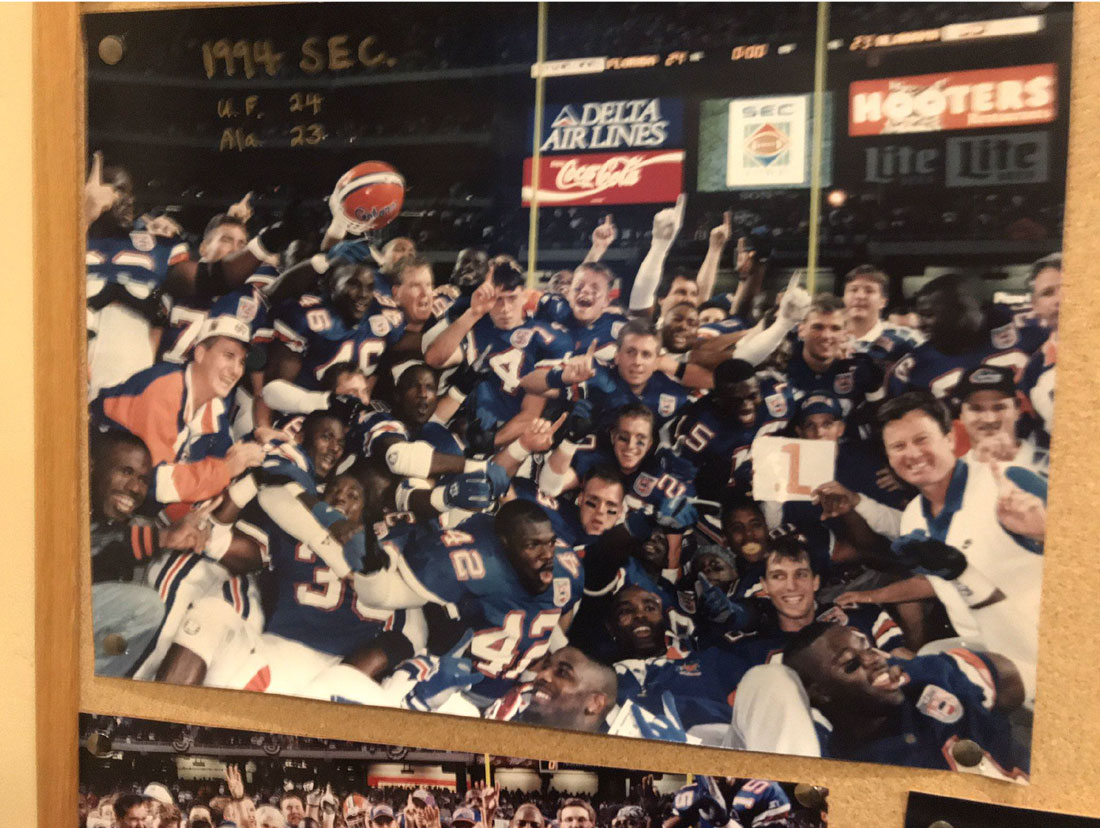 “Presenting this award in Coach Spurrier’s name is a no-brainer for me and for Chris Doering Mortgage,” Doering said. “Coach is on the Mount Rushmore of SEC coaches as the man who changed the way football was played in this conference. He was an amazing coach who changed the trajectory of my life as well as those of countless other players.”

Spurrier, former head football coach at Duke, Florida (his alma mater) and South Carolina, and Doering’s long standing relationship began when Doering walked on at Florida in 1991. Under Spurrier’s coaching and leadership, Doering developed into one of the greatest players in the history of the University of Florida and the Southeastern Conference, resulting in a collegiate career record 31 touchdown catches that until recently, remained the most in Florida and SEC history. The pair would reunite as coach and player with the Washington Redskins during Doering’s 10-year career in the NFL and would remain closely associated for nearly three decades, so when the opportunity came to honor his former coach and mentor, Doering jumped at it.

“The First-Year Coach Award is perfect for Coach Spurrier because not only is he the all-time winningest coach at two different SEC schools, but he was able to win immediately at Duke, Florida and South Carolina despite not recruiting the majority of those rosters, illustrating how adept he was at connecting with his players and getting them to believe in themselves. I am humbled by the opportunity to honor Coach Spurrier for all that he has meant to college football, the SEC and to so many players like myself.”

Now a college football analyst for the SEC Network, as co-host of SEC Now, SEC Football Final, SEC This Morning, Doering also owns and operates Gainesville based Chris Doering Mortgage. The company agreed to sponsor the FWAA Freshman All-America Team with the inclusion of Spurrier as the namesake for the First-Year Coach Award.

“The FWAA is proud to partner with my ESPN colleague Chris Doering, and we’re thrilled to have Spurrier – one of the sport’s most colorful coaching personalities and success stories – as the namesake of the first-year coach award,” said FWAA President Heather Dinich. “They’re a terrific combination to help us honor the players who are only beginning to make their mark on the sport, and the coaches like Spurrier who overcome obstacles to find success during their first season with a program.”

Spurrier won the Heisman Trophy as a quarterback at Florida in 1966 and in 1986 was inducted as a player into the College Football Hall of Fame. His coaching career was equally impressive 228-89-2 as a collegiate head coach including six SEC titles and the 1996 national title at Florida. He was a seven-time SEC Coach of the Year honoree (twice at South Carolina, five times at Florida) and ACC Coach of the Year twice at Duke in the 1980’s. FWAA Past President Mike Griffith (2007), now of Cox Enterprises, started the FWAA Freshman All-America Team in 2001 and has navigated the award through several different sponsors during the past two decades.

“Steve Spurrier is the ideal namesake for this (coaching) award, a game-changer and program maker at each of his collegiate head coaching stops,” Griffith said. “Spurrier provided his players a winning edge strategically and psychologically with his creativity and confidence, a truly unique legend of the game.” Spurrier was chosen as the FWAA’s First-Year Coach in 2005 following his first season at South Carolina, with a 7-5 record including a berth in the Independence Bowl.

0 0 0
Previous : E162: The Power of A Thoughtful Gift | Meagan Anderson of Well Wish
Next : Hospitality Job Fair this Friday!